Carnival in Colombia: All info about this huge festival in Barranquilla 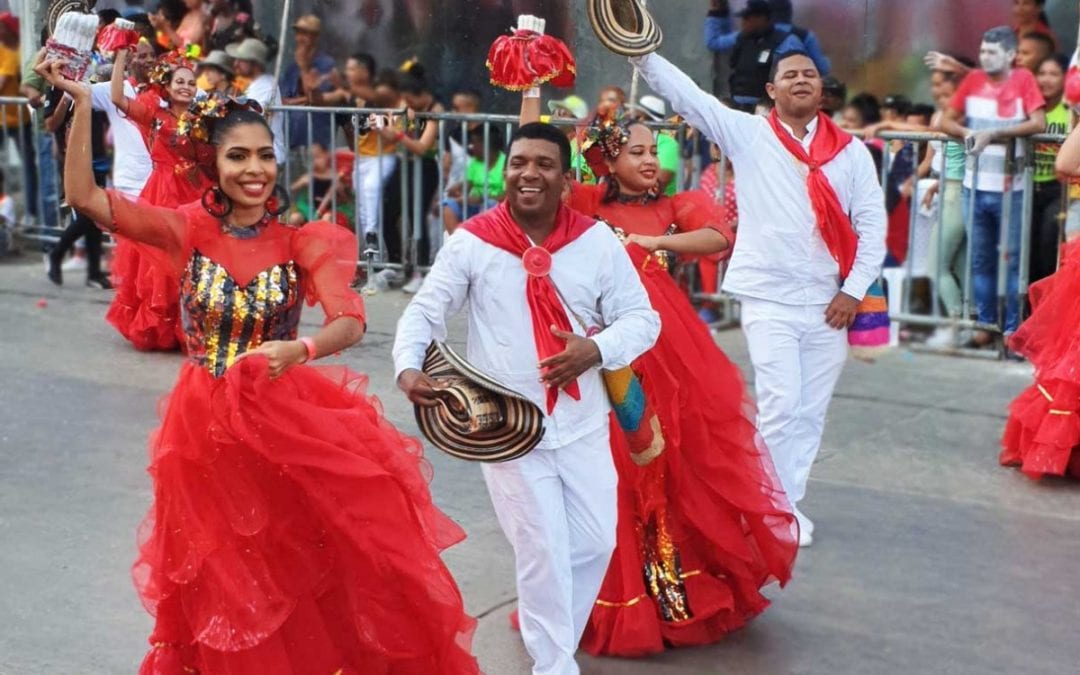 Do you want to celebrate carnival in Colombia? Then you must go to Barranquilla! Here you can find, after Rio de Janeiro, the largest carnival party of the world. People from all over the country travel to this city in the north of Colombia for this event. And then we shouldn’t forget all the thousands of international tourists who come to it. Carnival in Barranquilla is a cultural experience where you will be overwhelmed by colorful costumes, loud music and lots of happy people.
The Parade
The parade is the most important part of carnival and you shouldn’t miss this if you are going to carnivals in Barranquilla. Three days in a row there is a huge parade through the city. It’s an explosion of positivity; exuberant dancers in colorful costumes, cheerful music and large decorated floats pass by. The thousands of visitors swing along nicely in the stands or behind the fences.
What is a palco?
Along the route, grandstands are being built up everywhere, which they call ‘palcos’. The perfect place to optimally enjoy the parade! Every palco has its own entrance so check carefully which entrance you need. Count on a large crowd at the entrance, which can make it really hectic. This is also an ideal option for pickpockets, so be alert! An attempt has also been made with us, but luckily they only had a pack of chewing gum … 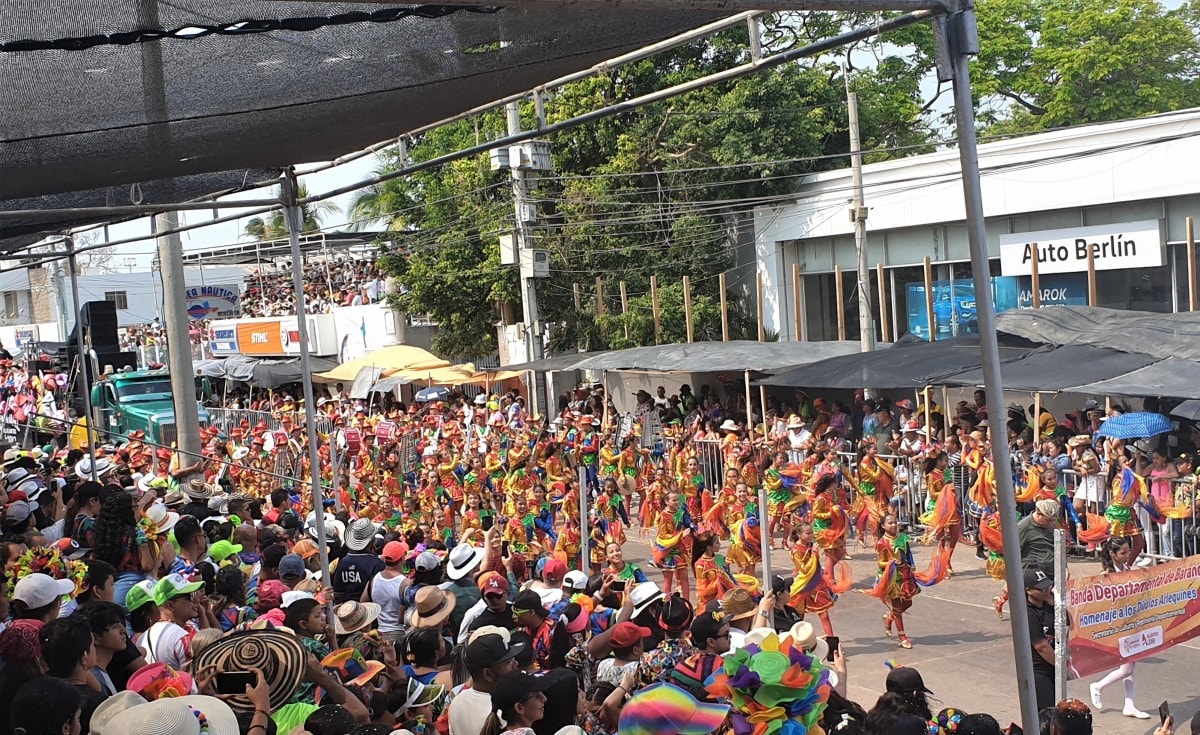 Tickets for the parade
You can buy tickets for different types of palco’s, but in general they are equipped with a roof (which is very nice against the sun), there is a toilet available and you can buy drinks and snacks there. There are several ticket sales points in the city, but we think the best way is just to ask at the reception of your hotel. Our receptionist ordered telephone tickets for us which were then delivered to our hotel.
Cheaper options
The palco tickets are relatively expensive; we paid 135,000 pesos for three days. There are also cheaper places but then you may not have a shelter / toilet nearby. You can also choose not to buy tickets at all, because there seem to be some places in the city where you can still see (a part of) the parade without paying. But we didn’t want to risk missing the parade and opted for good seats in the gallery. And what a party it was!
Tip: if you’ve bought weekend tickets, but do not use the last day (s), you can try to resell these tickets. We were able to make someone else happy with the Monday tickets through a Facebook group. 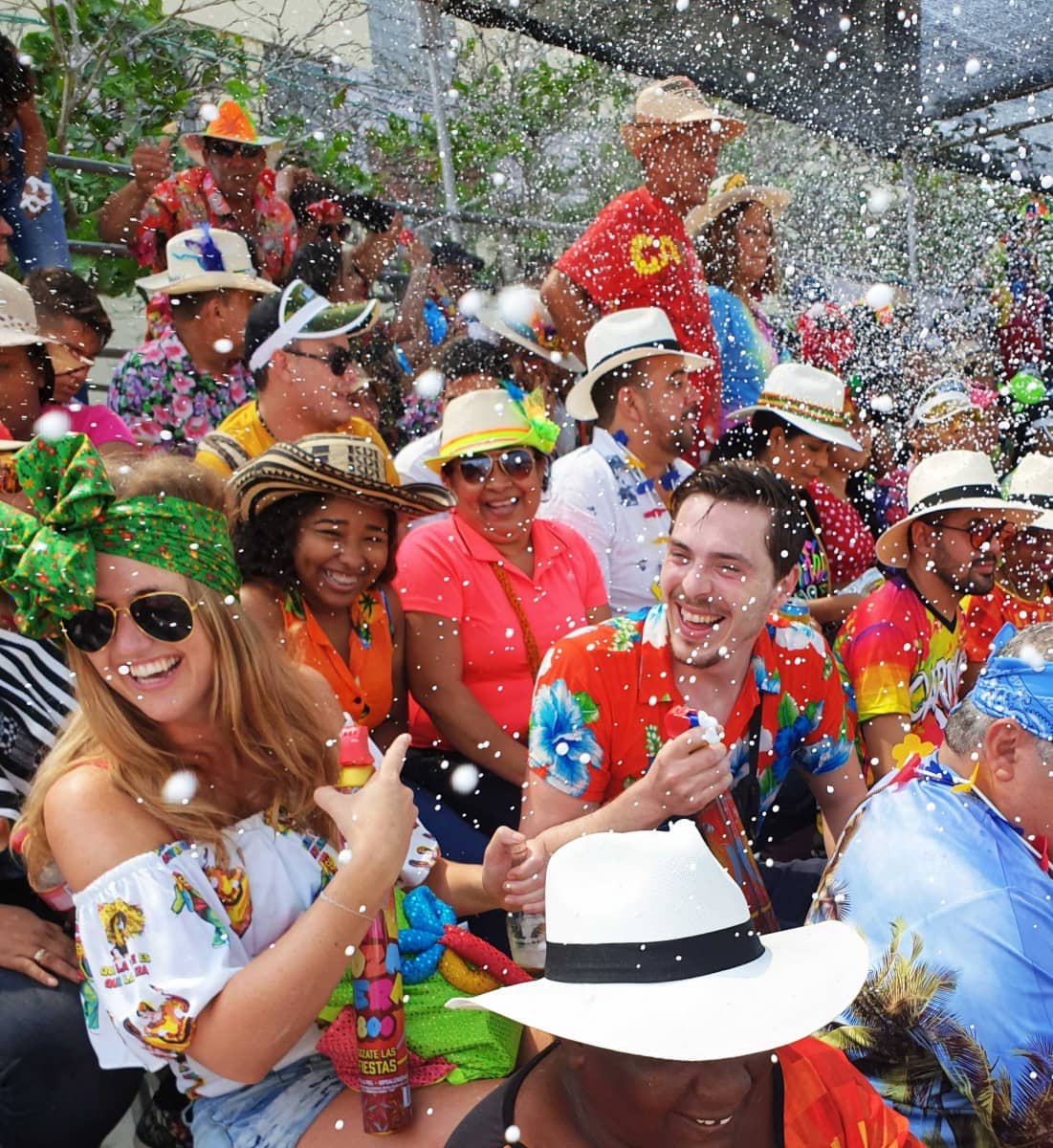 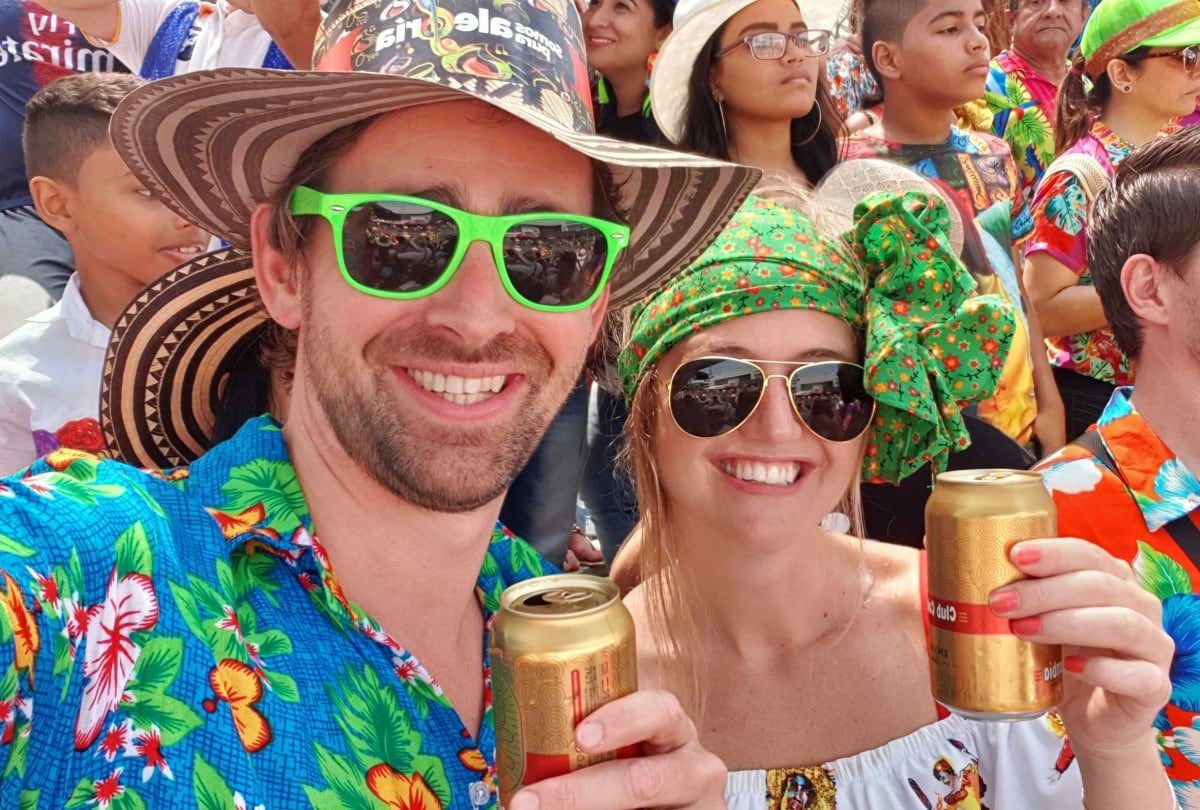 After the parade
The parade starts early and takes a large part of the day. After the parade there are street parties at several places in the city. You can also party until the late hours in the pub street.
Don’t forget to bring:
Sunscreen
Sunglasses
Cap / hat against the sun (especially if you do not have a covered stand)
Water: drink well! There are moreover enough points of sale to maintain your fluid intake during the day
Watch out for pickpockets: make sure you have a safe bag / hip bag and take as few valuable items as possible with you
Buy carnival accessories
It is most convenient to be in Barranquilla the day before so that you can score a nice outfit there. There are a lot of shops in Barranquilla full with festive attributes where you can shop the perfect outfit. On the day itself you will also come across many street vendors in the vicinity of the parade, but they mainly offer food / drinks, foam sprayers and sunglasses so I would not gamble on that. 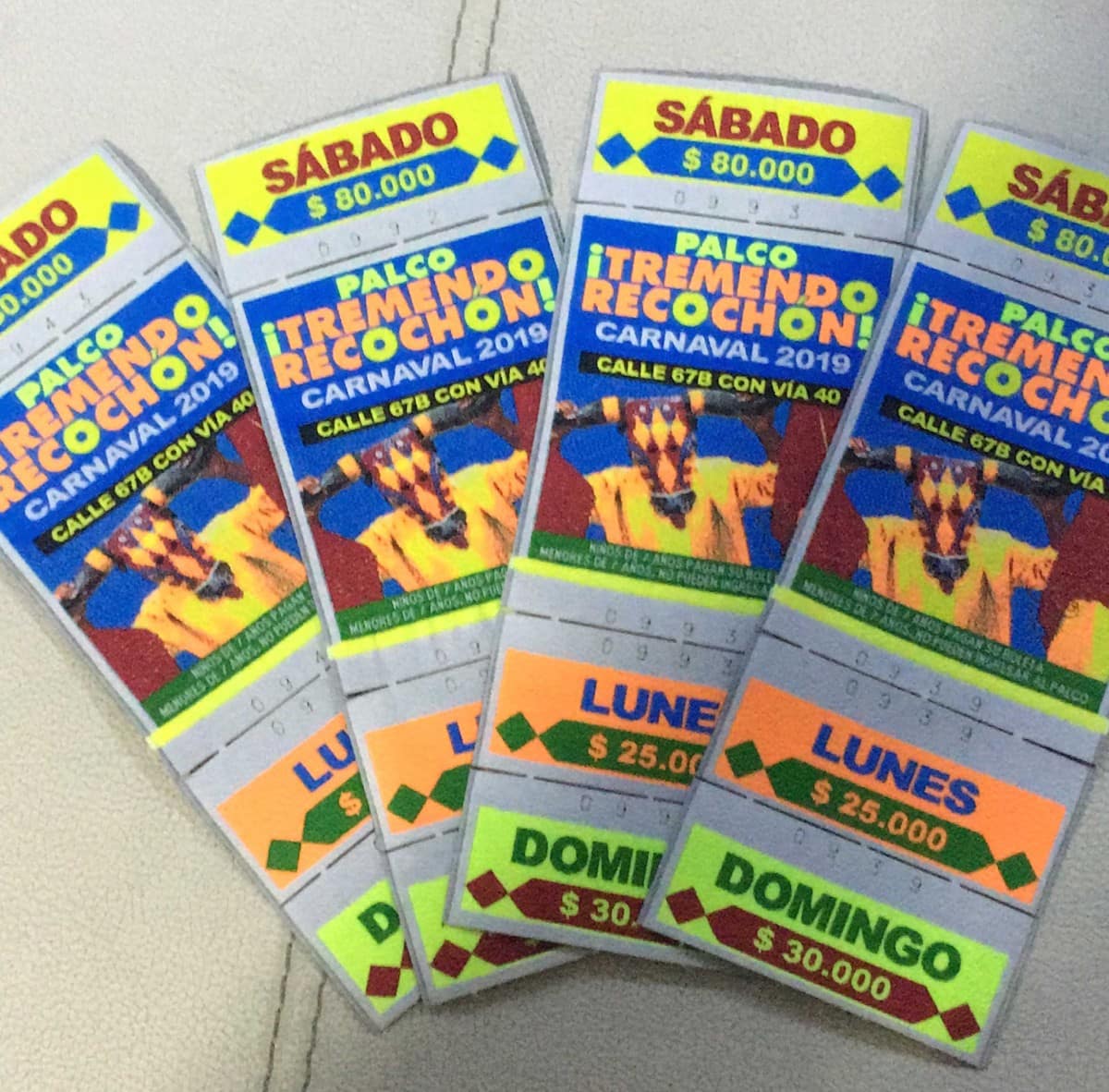 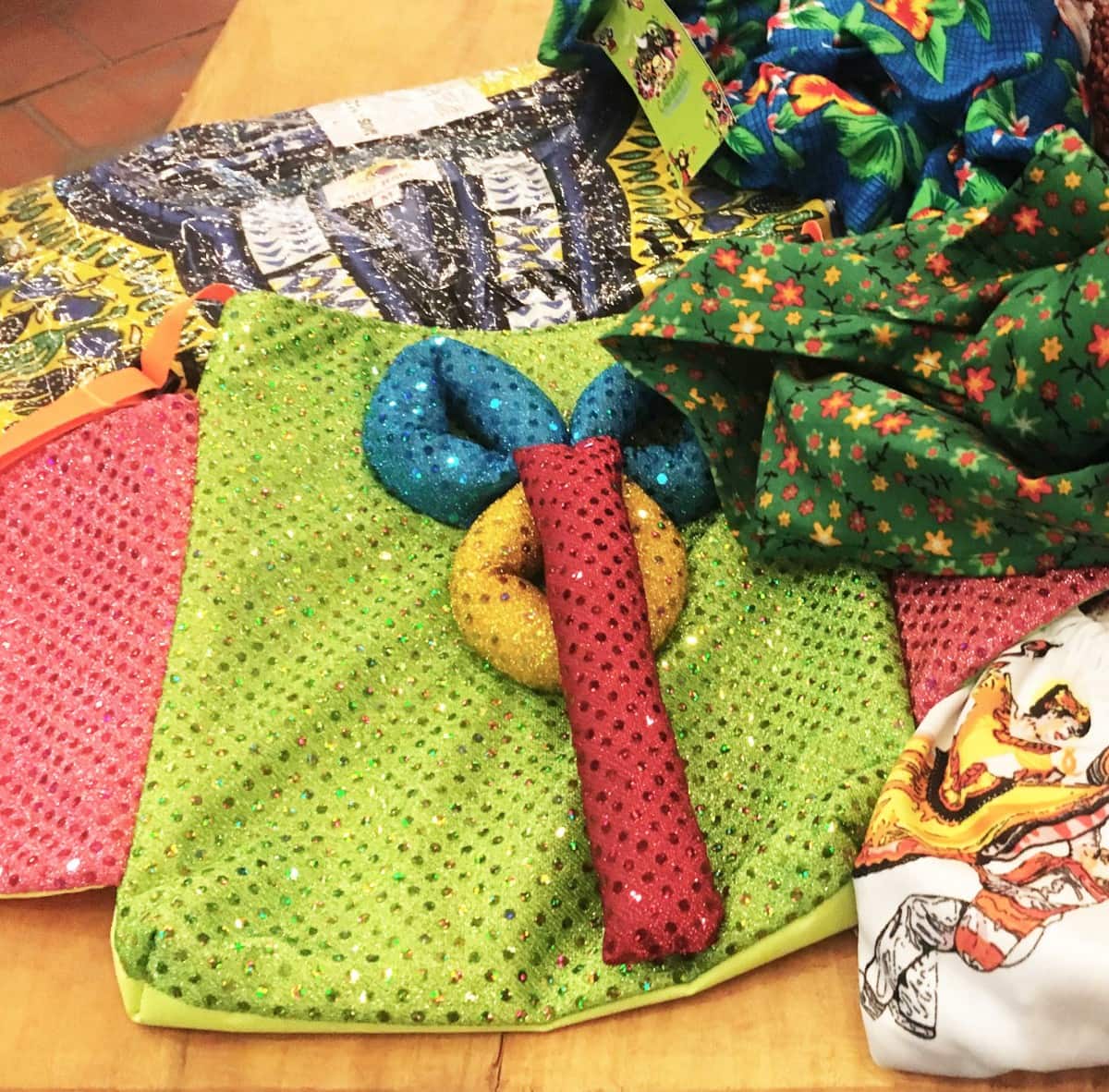 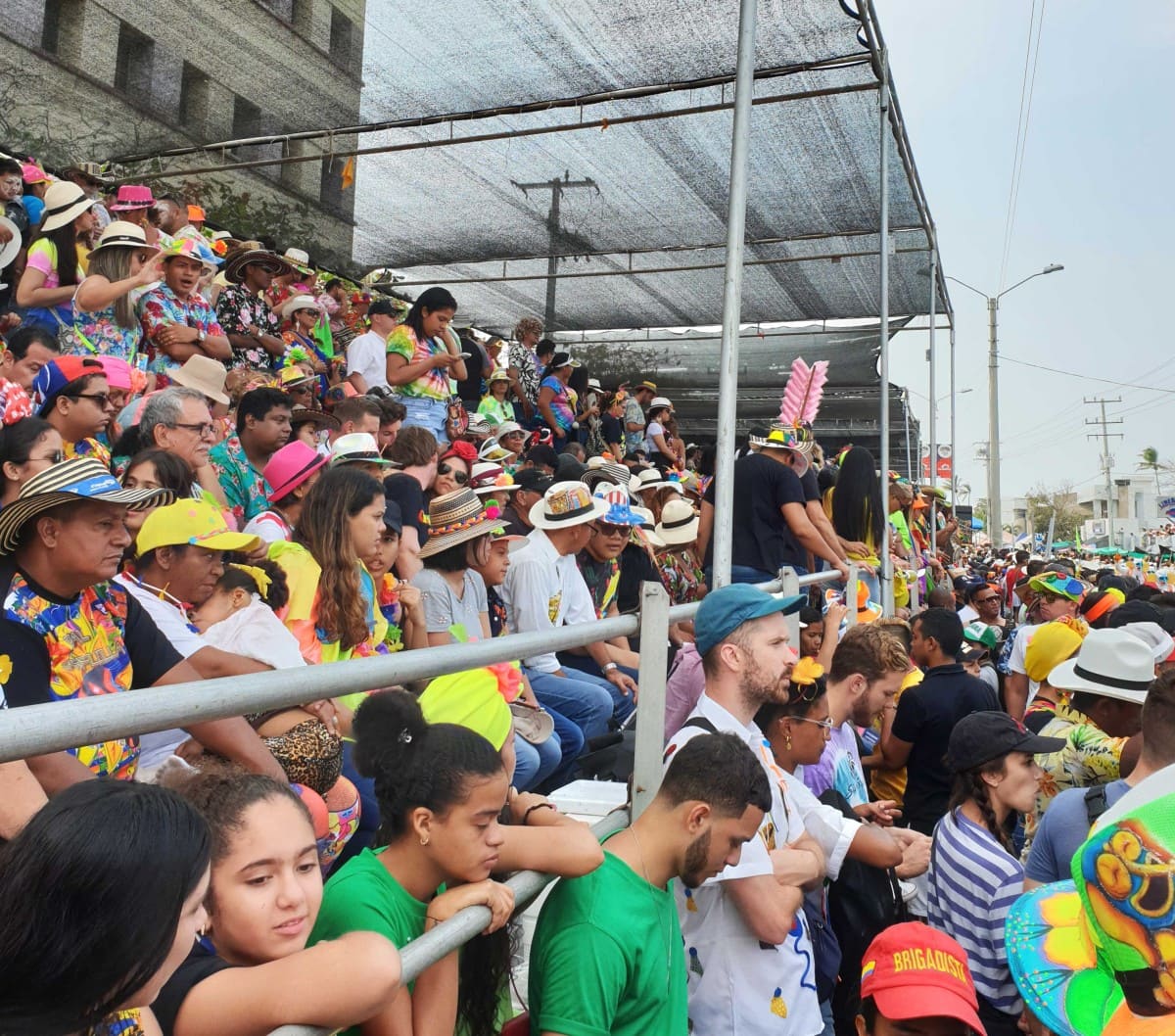 Accommodation during carnival in Barranquilla
Huge numbers of people come to this event so make sure you book accommodation on time. We were quite late (about 2 months in advance) and therefore slept in two different hotels, the second of which was in a less good neighborhood. The prices go up 3 to 6 times in that period, so booking on time is really a must. The best and most safe area to stay is El Prado. A taxi from the airport to the El Prado district costs 30,000 pesos (fixed price 2019).
Our first hotel was Vallclaire suites. A nice accommodation with spacious rooms and a nice swimming pool. The day of the carnival we went to a cheaper option because the first hotel was already fully booked, namely Hotel Ayenda Aquarius. It was a great budget hotel, but there was not much else to do in that neighborhood. So we immediately took a taxi to the better neighborhoods.
Prices
The prices of the hotels are considerably increased during the carnival period, but the costs for food and drinks are not too bad in Barranquilla. For example, you pay around one euro for a beer on the palco’s and also around it there will be many street vendors from whom you can get cheap food and drink. Given the enormous supply and poverty in the city, these prices are still relatively low.
Transportation to Barranquilla
Barranquilla is easy to reach, both by plane and by bus. Keep in mind that the airline tickets in this period are a lot more expensive than usual so try to book your airline tickets on time. We were quite late and therefore decided to fly a few days earlier, which saved a few hundred euros on a flight from Pereira to Barranquilla. It’s of course cheaper to travel by bus. There are good bus connections from Barranquilla to / from Cartagena and Palomino. We paid 20,000 pesos per person for a bus ride from Barranquilla to Palomino. This was a comfortable ride of about three hours in a large bus and it departed from bus terminal Saledad. You can buy the bus ticket at the bus terminal, but keep in mind long lines.
Do you have questions or comments about this blog? Are the prices or times no longer up-to-date? Let us know! In this way you help us and all other travelers and we are very grateful to you …. Send a message on social media or complete our contact form. 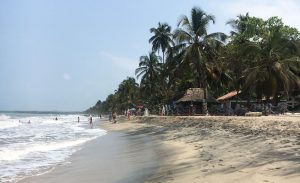 Gallery image with caption: Round trip Colombia: the ultimate itinerary for 3 to 4 weeks 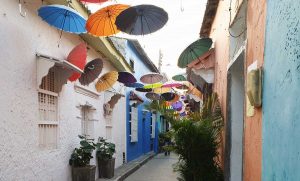 Gallery image with caption: What to do in Cartagena: The 5 best spots 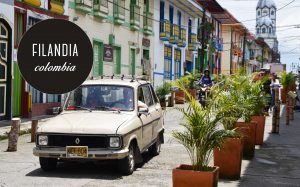 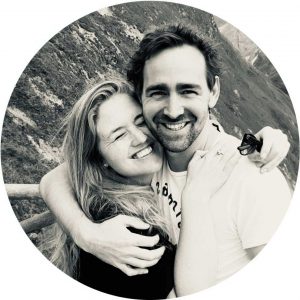 Hi! We are Anne (30) and Remco (35) and we travel the world full-time as digital nomads. We sold our house in the Netherlands at the end of 2018 and since then we live from our backpacks. If you want to know more, just check the contact page!

Search for the best airline tickets